FREE SHIPPING All Orders Over $99* and always TAX FREE!

I have three bully breed dogs with ACL problems and this product has been a life changer! Keeps them pain free naturally, and so far no second knee surgery! I recommend it to everyone!

D
Run Free™ Diane Drake (Atlanta, US)
A must have

This has been my must have for years for my Boston Terrier! Her coat and general health is great! I’ve had comments on how healthy her coat is☺️

A
WholeBiotics™ Anna (Queens, US)
No results unfortunately

I wanted to switch my dog off of a probiotic he was prescribed as a puppy which he had continued taking into adulthood. He became constipated and lost his appetite after switching to the wholistic probiotic. Found it quite overpriced for what it is. Sorry this is not a good fit for my dog

Thank you for your review Anna. Sorry that you did not see any results with our WholeBiotics. Please know this product is a pure, human-grade and plant-based enzyme blend without any fillers. It is also concentrated at 10 billion cfu/g. All these factors contribute to its price. Please reach out with any further questions or concerns!

Love this product. It’s amazing. So sad to see it go. My dog, Duke LOVES the Joint Mobility powder I put on his food twice daily! It gives him all the nutrients he needs in a simple and cost effective manner! I love this product as well! J
Flax Seed Oil J.H. (Banks, US)
My dog would eat the whole bottle if I let him!

We put a full pump on our rottweilers food, twice a day. He freaking loves it and tries to lick the pump. We always get compliments on his fur. 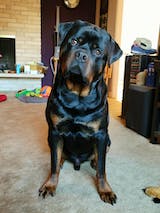 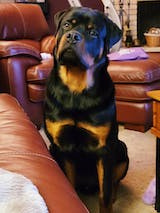 J
Digest-All Plus Cranberry Soft Chews J.H. (Banks, US)
I'm so sad you're discontinuing these

My 2 yr old rottweiler has been getting these since the day we brought him home. We'd never survive the rottie gas without them! I'm sad that they're not going to be available anymore :-(

This is another fantastic product that sadly will be discontinued. After trying SO many solutions for my dog itchy skin, this is the ONLY product that solved the problem. It’s fantastic addition for home made food, As it covers the intake of Vitamins A , D, and E which normally very difficult to balance. Yes it doesn’t have enough Omega 3 , but this could be solved by adding the full dose of this oil to one meal , then another dose of another oil that doesn’t contain Vitamin A, D, & E to the other. Wholistic canine complete is great, but it doesn’t deliver the daily needed dose of these vitamins. My pups love it. I won't go without it.
Love the shark cartilage also, sad to see it go.

I love this pet shampoo for my dogs. It smells wonderful, lathers easily and leaves their coats lustrous with a lovely smell! L
Digest All Plus™ Lori Cawley (Odessa, US)
We love Wholistic Pet Organics!

Whether it’s Digest All or another product from Wholistic Pet Organics, we can always depend on their products to give our dogs the best! We’ve been customers for a long time, and our dogs show it in how healthy they always are.

Very happy with this product. Includes alot of products I used to use individually. I expect the best from this company and that is what they deliver every time. I was looking for a product to support my Golden’s immune system as I lost her sibling unexpectedly to an awful disease. This is exactly what I was looking for and I feel like it’s made a difference in her health already.

Provides the necessary vitamins and minerals for my dogs health.

M
Canine Complete™ Michael OMalley (Castaic, US)
Gto he back to herself!

So my Malti-Poo Penelope was not her usual happy and playful self. So I did some looking and found Canine Complete! I was reluctant at first, not because of the product, because the last time I bought doggie vite's the packages were huge and after a while they just stuck togther and i had to throw them out with the results being good but I would not say great. With Canine Complete I was able to pick the amount I wanted so I did not feel like I was going to throw out half later.

But since she has been on the Canine Complete she is full of energy again, I also added two other great products, Digest-all and the acidophilus, and back to playing with the other fuzzy mammals in the house! Best part is Penelope is back to playing fetch as well!. Great products great service and it's really nice to chose the amounts you for each product. I would rather by more frequently and have fresher products than save money on buying bulk, that has proven to just go bad before it's all gone.

Amazing! Love this product! I give it to all of my female pups daily! The boys get some a couple time a week.

My pup has skin allergies and by using these it made a difference on his skin and coat and great on his joints Easy to give too!

I have a 13yr and a 6month old mini aussie and they love it and I love that it caters to both their ages. Just purchased our second bottle !

I love this product and find it great source of iodine, for home made food or raw food . It’s really disappointing to see it discontinued …

Thank you for the review!

While it is true we will stop selling the Sea Kelp by itself, the Canine Complete utilizes the same organic sea kelp as its first ingredient while providing a host of other benefits. Check it out!

Canine Complete has given our dogs the upper edge when showing and field work. Coats are shiny, dogs are healthy. In addition, our pregnant females get Canine Complete and we feel it has contributed to healthy litters with better bone and substance. We use it everyday on our entire kennel of about 30 dogs and puppies.

I have been using this fush oil for years! I used it on dogs and cats. My cat loves salmon so she really loves the fish oil. In fact she won't eat her food without it ! I honestly don't even think the dogs know I mix it their food. It doesn't leave a fishy smell on their skin or breath. What it does do is it makes their fur silky soft and no dry skin flakes. My vet always ask me how I am able to keep their fur so silk and smooth.If anyone is looking for fish oil to help with dry skin or make their pets coats beautiful then this Salmon Fish Oil is your answer. This is a true review meaning I was not paid to write it. I wrote it because I believe in this product. I think if you give it a try you will see it is as great as I say it is. Once you start using it wait about a month (maybe less) to see the difference in their skin and coat. Your pet will love you for helping them with thier dry skin, let's face it noone likes having dry skin!,